How Can CBD Oil Reduce Pain and Inflammation?

For so many people who go through chronic pain, CBD or cannabidiol is swiftly gaining popularity as one of the most natural approaches to pain relief. A compound found in the marijuana plant, CBD is often touted as an effective alternative to pain medication while treating common conditions such as arthritis and back pain. 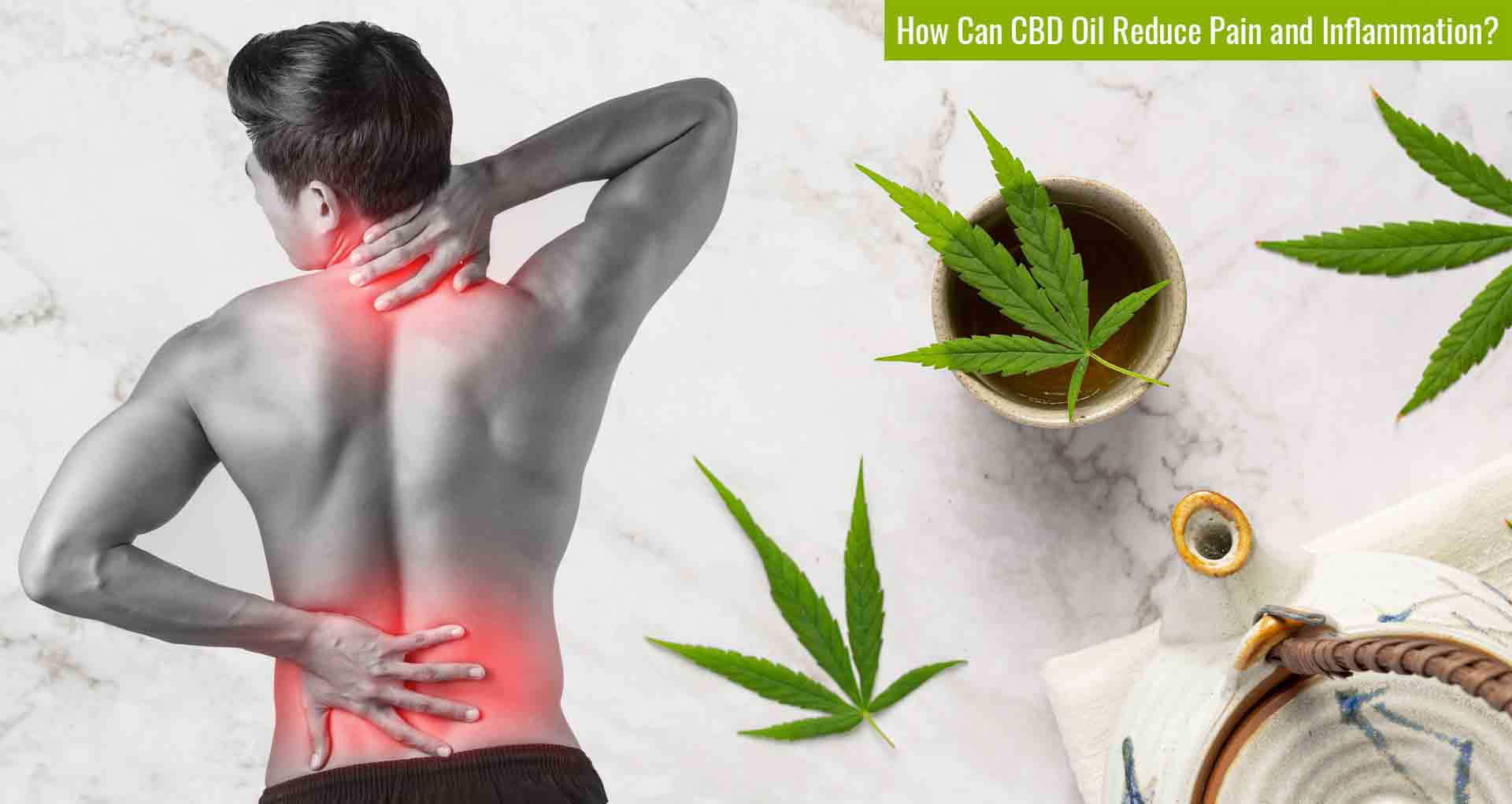 The use of CBD natural oil dates back as long as ancient China. For a long time, it has been considered that natural CBD oil helps in easing chronic pain by reducing inflammation. It is considered that CBD organic oil promotes a better sleep pattern while also treating any kind of sleep disruption which is commonly experienced by people who have chronic pain.

It is also important to note that many CBD oil products do not really contain THC, the compound that is considered responsible for producing a state of feeling high. As opposed to THC, cannabidiol is non-intoxicating and does not even have any kind of psychoactive effects.

In comparison to other cannabinoids such as tetrahydrocannabinol, CBD does not produce a euphoric high. This is mostly because CBD does not affect the same receptors at THC. The human body has an endocannabinoid system (ECS) that receives and converts signals from cannabinoids.

It also stimulates some cannabinoids on their own that are often called endocannabinoids. In fact, the endocannabinoid system helps in controlling functions such as the immune system as well.

In addition to drastically affecting the quality of life, chronic pain can also increase some healthcare costs that eventually have a negative impact on a person’s productivity. Some of the common types of chronic pains include:

For treating these pains, the prescribed medicines are often recommended in the treatment of chronic pain, but many people also seek some alternative forms of pain relief such as Koi CBD oil. The reason why these people seek alternative healing treatment is because they wish to avoid the side effects associated with the standard pain medication such as damage to kidneys and liver. In other cases, they may also be concerned about becoming dependent on such medications.

There is an endocannabinoid system in our body that is composed of three main components. They are:

1)Cannabinoid receptors called CB1 and CB2. The CB1 receptors are mostly found in the central nervous system and they are mostly responsible for the cognitive and emotional effects of marijuana along with our perception of pain. Along with this, the CB2 receptors are commonly found in our peripheral nervous system (the outer nerves beyond the spinal cord and brain), and in the immune cells.

3)Lastly, the enzymes that facilitate the breakdown and use of cannabinoids. Our natural endocannabinoid functions on demand which also means that when our body senses inflammation or needs to return to a state of homeostasis, it will likely release endocannabinoids that bind to the cannabinoid receptors.

In itself, CBD does not really bind to the receptors but it works by inducing other components of the cannabinoid system. In fact, CBD exerts a wide range of effects on the body’s central and peripheral nervous systems along with the immune systems. It works in sync with the endocannabinoid system that comes with an ability to function in an antioxidant capacity for decreasing inflammation and acting as a pain reliever. CBD also slows the progression of osteoarthritis while preventing nerve damage.

Benefits of CBD for Pain Management:

Most importantly, CBD dissolves fats quickly. The common dissolution helps the CBD to be carried all across the blood-brain barrier and affect the CNS where it can typically have a wide range of positive effects on pain. Some of them include:

· Reduction in Pain Signals: The application of CBD oil modulates pain and sensation of pain by stimulating the reuptake of neurotransmitter and adenosine. It boosts adenosine levels in the brain and inhibits pain sensations. CBD also blocks pain signals from reaching processing centres in the brain and binds them to TRPV1 which is responsible for pain and inflammation.

· Reducing Inflammation: CBD also reduces any kind of oxidative stress and systemic inflammation by acting as an antioxidant. It also helps in decreasing inflammation by preventing reduction in microelements such as Zinc and Selenium which are important actors for a balanced immune response. This enables CBD oil to reduce neuropathic pain by countering a heightened pain response.

· Enhancing Mood and Sleep: Chronic pain can very well disrupt and affect a person’s life significantly. It affects relationships, work and even mental health. In case you are facing any kind of mental problem such as anxiety, fatigue, and depression then CBD can help in relaxing or getting the rest that your body needs. So many studies relate that CBD improves sleep to focus and it is thought to be aiding in sound sleep patterns.

· Increasing Immune Response: CBD organic oil can modulate the immune response by reducing levels of pro inflammatory cytokines. It inhibits the spread of T cells that are indicated in autoimmune and systemic inflammatory disorders.

In case you have been living with chronic pain then you may have often experienced disrupted sleep and in many cases anxiety and depression too. Many natural and lifestyle therapies such as exercising and mind-body practices such as meditation and yoga help in improving the quality of life for people who experience pain.

That said, the use of CBD oil can end up benefiting you immensely in reducing your pain. If you continue using it, you will eventually understand that CBD oil has long lasting benefits in pain and inflammation management.

Hence, the uses of CBD have multiple benefits for pain management. They might also be able to offer relief for several people who suffer from chronic pain without any drug intoxication.